Port Macquarie is decent sized town (about 40,000 people) on the mid-North Coast of New South Wales. It is located about 390 kms north of Sydney and 570 kms south of Brisbane. The town is right on the coast, at the mouth of the Hastings River. The airport is only five kilometres west of the CBD, although the nearest railway town is Wauchope about 19 km to the west. 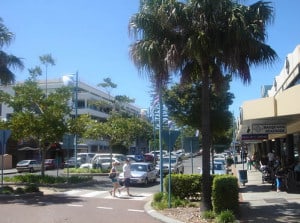 While most of us have heard of Coffs Harbour, less of us are aware of Port Macquarie. I think the place is a well kept secret, although it is fast becoming a retirement destination, known for its sub-tropical climate, extensive beaches and waterways. 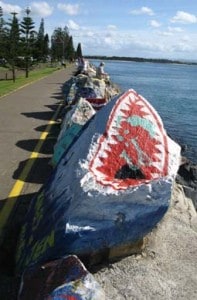 In 1821, the town was founded as a penal settlement, replacing Newcastle as the destination for convicts that had committed secondary crimes in New South Wales. Newcastle, which had fulfilled this role for the previous two decades, had lost the features required for a place for dumping irredeemable criminals, that being isolation, which was lost as the Hunter Valley was opened up to farmers, and large amounts of hard labour, which had diminishing as the cedar in the area ran out and the settlement grew in size.

Port Macquarie, however, with its Port Macquarie seasidethick bush, tough terrain and local aborigines that were keen to return escaping prisoners in return for tobacco and blankets, provided large amounts of both isolation and hard labour to keep the criminals in control. Under its first commandant, Francis Allman, who was fond of the flogging, the settlement became hell, where the convicts had limited liberties, especially in regard to being in possession of letters and writing papers, which could get a convict up to 100 lashes.

If you are looking for a few alternative activities whilst camping in this area, the town and area offers an amazing array of things to do. In the few days we were in the area we had a wonderful time and vsitited the following:

Dinner at Tommys by the Beach and Lunch at Rivermark Cafe

That’s Not All Folks! There are a whole bunch of other things to do and see, like picking your own strawberries, visiting galleries, sky diving for those so inclined, surfing, kayaking on the river, or simple lying on one of the many magnificent beaches. I know this is very red-necky but the Port also sports a Paintball operation, I’d love to have a go someday:)