Trending
You are at:Home»Fishing»Fiddler Ray
By admin on May 3, 2015 Fishing 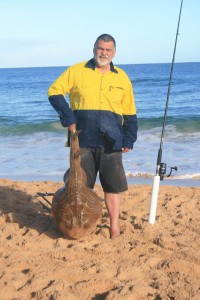 I had no idea I’d hooked up a Fiddler ray but twenty minutes later soon found out.  Given the effort pulling it in I thought I’d see how it cooked up. They seem to be know by a lot of names e.g. Banjo Shark, Banjo Ray, Southern Fiddler, Fiddler Ray, Dumeril’s Shovelnose-ray, Green Skate, Magpie Ray, and Paritt.

You don’t see too much about the Fiddler ray on the net and those comments you do see seem to indicate they are poor eating. 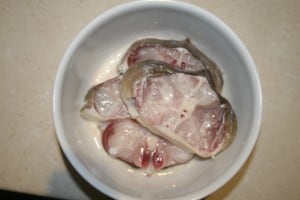 Anyway, I bled it straight away and with my inexperience it was a fair bit of work skinning, and cutting. I portioned the the tail into cutlet sized chunks. Once home I soaked marinated the cutlets in milk with one lemon squeezed into the mix.

After soaking for a couple of hours I drained the marinate off and put them on the BBQ grill, a few minutes either side until cooked. Served up with a basic salad we were impressed with the result, great flavour and texture!

I haven’t caught or eaten one since and although tasty it seems like a lot of animal to kill for not a great deal of meat… getting soft in my old age. 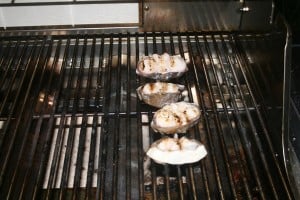 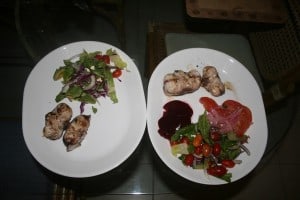