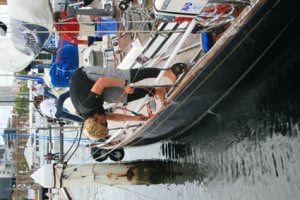 The Sydney to Hobart Yacht Race is hosted by the Cruising Yacht Club of Australia, and starts in Sydney on Boxing Day and finishes in Hobart. The overall race distance is approximately 630 nautical miles (1,170 km). The race is run in co-operation with the Royal Yacht Club of Tasmania, and is considered around the world as one of the most difficult and challenging of any yacht race.

The race was initially planned to be a cruise by Peter Luke and some friends who had formed a club for those who enjoyed cruising as opposed to racing, however when a visiting British Royal Navy Officer, Captain John Illingworth, suggested it be made a race, the event was born. The Sydney to Hobart Yacht Race has grown over the decades, since the inaugural race in 1945, to become one of the top three offshore yacht races in the world and it now attracts maxi yachts from all around the globe. The 2004 race marked the 60th running of the event. The current race record was set in 2005 by Wild Oats XI, which crossed the line in a time of 1 day, 18 hours, 40 minutes and 10 seconds. 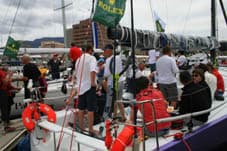 The longest surviving skipper from the inaugural race, Peter Luke, who contributed to the formation of the Cruising Yacht Club of Australia and the establishment of the Sydney to Hobart Yacht Race, died on 23 September 2007 aged 92, the last of the original sailors who pioneered this event. His yacht, Wayfarer, still holds the record for the slowest elapsed time. 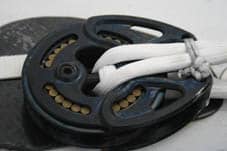 In 1998, there were 115 boats competing and the fleet into a severe and deadly storm. Winds of up to 78 knots whipped waves said to as high as 10 metres. Fifty-five yachtsmen had to be rescued, 50 of them by helicopters braving the gale-force winds. Only 44 of the 115 boats finished the course. Six sailors died.
The first couple of days for the 2010 event were pretty rough with 16 boats withdrawing from the race due to the damages they sustained at sea. Adrienne Cahalan, the navigator aboard Wild Oats XI said the conditions were “violent and awful”. She said, “We’ve spent the day in damage control for boat and crew. In these conditions it’s extremely difficult keeping a boat this size and this fast from not launching off one wave and crashing into the next. When you do it’s like a truck hitting a wall. That’s when the damage happens to the yacht and the crew, so preventing this from happening has been our priority.”

It was great to see some of the yachts go past at Merimbula, then fly down to Tasmania to see them finish in Hobart. 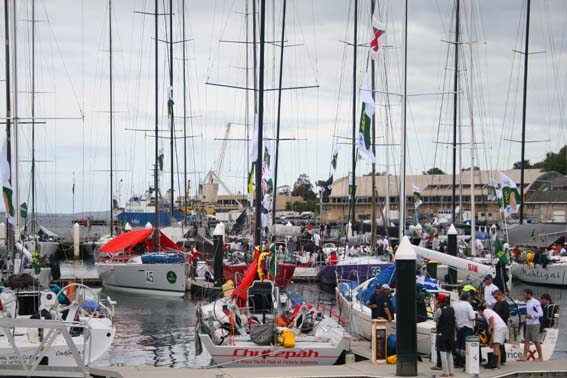