Trending
You are at:Home»Uncategorized»Erect A Windmill
By admin on December 30, 2014 Uncategorized 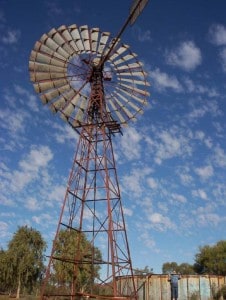 How to erect a windmill: The windmill in many countries is the traditional source of pumping water. However, the cost and ongoing maintenance required for windmills, along with the drop in cost or subsidies available for solar powered pumps has seen a decline in their use for water pumping.

However, many properties in Australia still use windmills as the primary supply of water for stock and people alike. The large mill seen to the left is in the Northern Territory of Australia. The size of this mill can be measured by my 6 foot father peering into the tank. Having grown up on a sheep and cattle station I was engaged by the age of ten in constructing and welding up towers for the property.

A story I will quickly tell is how my father fell off this tower. On a wild night with huge winds and thunderstorms crashing all around the fan was spinning at breakneck speed. There is a anit-fouling lever down below that can be pulled to turn the fan out of the wind… it failed. My father climbed up the tower to manually tie the tail out of the wind and as he was so doing a great bolt of lightning struck the tower which threw him to the ground. I saw dad fall 10 metres (30 feet in old scale) to the ground. Amazingly he didn’t break a bone and had just managed to tie the mill off. Bruised and battered he got over the ordeal and was back at work the next day. Imagine the OHS implications in today’s world!

Apart from correctly locating the mill site, the important dimensions which affect the performance of are the diameter of the fan, the height of the tower and the pump size. The bigger the diameter of the fan, the more wind intercepted and, thus, the greater the power output by the mill. The higher the fan tower, the greater the wind speed intercepted and the lower the effect of ground turbulence, which reduces performance.

If you don’t appreciate and understand the above… then you shouldn’t erect a windmill! Never try and erect a windmill by yourself. They can become unwieldy monsters and at least two and preferably three people should assist. Talk over the various stages of erecting a windmill so each person knows what is expected and what they should be doing at any given stage. A final rehearsal, talking and thinking through each action to erect a windmill tower is a good idea. 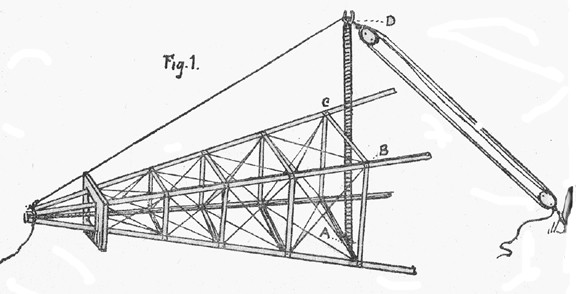 If you have purchased a windmill, the parts are generally marked and can be put together without too much trouble. A small tower of 20 feet can be up-ended by two or three men, but for larger, say 30-40 feet, a block and tackle can be used to erect a windmill. 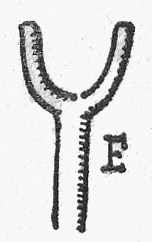 After putting the tower together on the ground, tie a length of two inch pipe (three inch if the tower is unduly heavy or large) to centre of the bottom cross pieces of the tower, tying securely at A, B and C. Into the end of the pipe (D) fits a piece of steel bar shaped as in Figure E. This allows the rope to pull direct from the top when you have the tower about half way up. If your rope is made fast at D, it is troublesome when about half way up. To erect a windmill tower have a loose rope fixed at the top on the opposite side of the pull to steady the tower if it moves in an unwanted fashion.

When the tower is upright, hang a plumb line from centre, as shown by the dotted line, and work it over until you are directly over your pump or bore. Mark the place of two legs, and then sink holes on an angle but square of the tower. Tilt the tower back enough to get at the holes. Screw or fix anchor legs as in Fig 3. The holes should be deep enough to bury the leg to within an inch or so of bolt holes A (Fig 3). When these holes have been dug and legs bolted on, don’t fill with concrete just yet. Tilt back the tower to allow the other legs to be sunk and fixed. When all four (or three) legs are on, then with a spirit level make them all true by levelling across the cross piece A (Fig 2). You can now pour concrete into the holes, tamping the slurry properly and allow to cure before working further.

In putting up the head and top gear, take the two inch pipe and tie as shown by putting a block of wood between top of mill and pipe (about six inches will do) at place B, tying securely to both sides of the tower at C. Do not pass ropes through the mill, and leave a clear passage for the top gear to come down.

Be sure you have sufficient length of pipe B to D to allow room for blocks and top gear to go up. A piece of steel rod shaped like Fig F is handy to go in at top D to put blocks on. When the top gear is in place put the tail up, and when it is fixed pull the tail out of the breeze and fix the wheel and sails. Some wheels can be assembled on the ground and pulled up. With others it is easier to fit them straight to the head. On all accounts be very careful and plan thoroughly to erect your windmill tower. 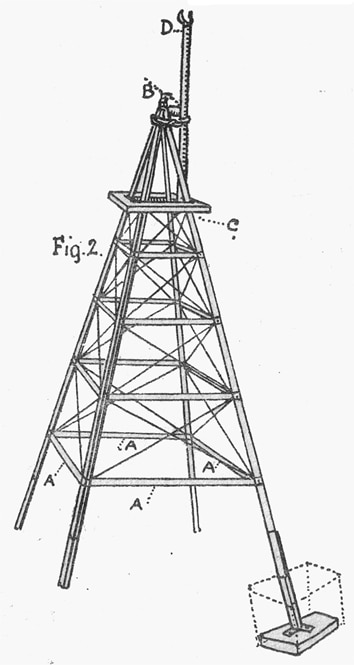