Trending
You are at:Home»Uncategorized»Age of Sheep
By admin on December 31, 2014 Uncategorized

Similar to gauging the age of horses, telling the age of sheep by looking at their teeth allows you to make informed decisions when buying and selling stock. For instance, sheep with a ‘broken mouth’ will deteriorate very quickly and die shortly thereafter particularly when feed is short or conditions harsh. Beware of sheep with broken mouths! 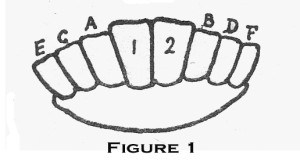 In the first year two permanent teeth appear – 1 and 2. In Figure 1  you can see the prominent (all pictures are of the bottom jaw) and larger two middle teeth. This is the first year of a sheep’s life, and commonly referred to as a ‘two-tooth’. 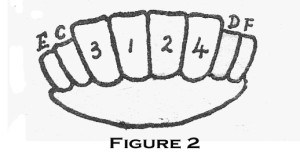 Figure 2 shows the teeth of a sheep at two years of age, or four-tooth. In this second year, two more teeth, 3 and 4 force out A and B (Figure 1). 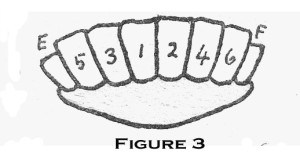 In Figure 3 a sheep is now three years old, with six teeth. At this stage 5 and 6 appear, displacing C and D (Figure 2). 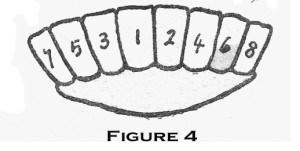 Figure 4 shows a ‘full mouthed’ sheep at four years of age (eight-tooth, although no-one calls them this). You will notice that 7 and 8 have come through and E and F have dropped out.

After a sheep has a full mouth, it is difficult to be certain of their age. However, an experienced stock handler will have a good idea, as there are subtle although noticeable physiological changes and teeth deteriorate over time. As the animal grows older the teeth become shorter, thinner, loose in the gums, broken, and finally fall out. A very old sheep is often referred to as ‘broken mouthed’ and depending on feed type, can have serious problems eating.